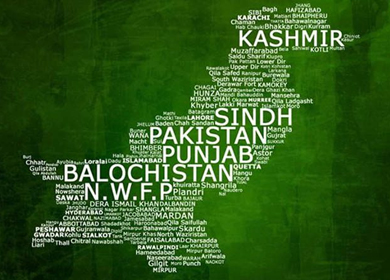 Pakistan officially the Islamic Republic of Pakistan is a country in South Asia. It is the world's fifth-most populous country with a population exceeding 212.2 million, and has the world's second-largest Muslim population. Pakistan is the 33rd-largest country by area, spanning 881,913 square kilometres (340,509 square miles). It has a 1,046-kilometre (650-mile) coastline along the Arabian Sea and Gulf of Oman in the south and is bordered by India to the east, Afghanistan to the west, Iran to the southwest, and China to the northeast. It is separated narrowly from Tajikistan by Afghanistan's Wakhan Corridor in the northwest, and also shares a maritime border with Oman.

Pakistan is the site of several ancient cultures, most notably the 8,500-year-old Neolithic site of Mehrgarh, the oldest in South Asia, and the Bronze Age Indus Valley Civilisation, the most extensive of the civilisations of the Old World. The region of Pakistan was the realm of empires and dynasties, including the Archaemenid; briefly that of Alexander the Great; the Seleucid, Maurya, Kushan, the Gupta; the Umayyad Caliphate in its southern regions, the Ghaznavids, the Delhi Sultanate, the Mughals, the Durrani Empire, the Sikh Empire (in the Punjab region), East India Company rule, and, most recently, the British Indian Empire from 1858 to 1947.

Spurred by the Pakistan Movement, which sought a homeland for the Muslims of British India, and election victories in 1946 by the Muslim League, Pakistan won independence in 1947 after the Partition of the British Indian Empire, which awarded separate statehood to its Muslim-majority regions and was accompanied by an unparalleled migration and loss of life. Pakistan is an ethnically and linguistically diverse country, with similarly diverse geography and wildlife. Initially a dominion of the British Commonwealth, Pakistan adopted a constitution in 1956, becoming an Islamic republic. In 1971 East Pakistan seceded as the new country of Bangladesh after a civil war. During the following four decades, Pakistan was ruled by governments whose descriptions, although complex, commonly alternated between civilian and military, democratic and authoritarian, relatively secular and Islamicist. Pakistan elected a civilian government 2008, and in 2010 adopted a parliamentary system with periodic elections.

Pakistan has the sixth-largest standing armed forces in the world; it is a nuclear power and a declared nuclear-weapons state. It is ranked among the emerging and growth-leading economies, and has a large and fast-growing middle class. Pakistan's political history since independence has been characterized by periods of significant economic and military growth as well those of political and economic instability. The country faces challenges including poverty, illiteracy, and corruption. Pakistan is a member of the UN, the Shanghai Cooperation Organisation, the OIC, the Commonwealth of Nations, the SAARC, the Islamic Military Counter Terrorism Coalition, and is a major non-NATO ally.

The name Pakistan means literally land abounding in the pure or land in which the pure abound, in Urdu and Persian. It references the word (p?k), meaning pure in Persian and Pashto. The suffix (transliterated in English as stân after stem word ending in a vowel estan or istân after a stem ending in a consonant) is from Persian, and means place abounding in or place where anything abounds.

The name of the country was coined in 1933 by Choudhry Rahmat Ali, a Pakistan Movement activist, who published it in a pamphlet Now or Never, using it as an acronym ("thirty million Muslim brethren who live in PAKISTAN"), and referring to the names of the five northern regions of the British Raj: Punjab, Afghania, Kashmir, Sindh, and Baluchistan. 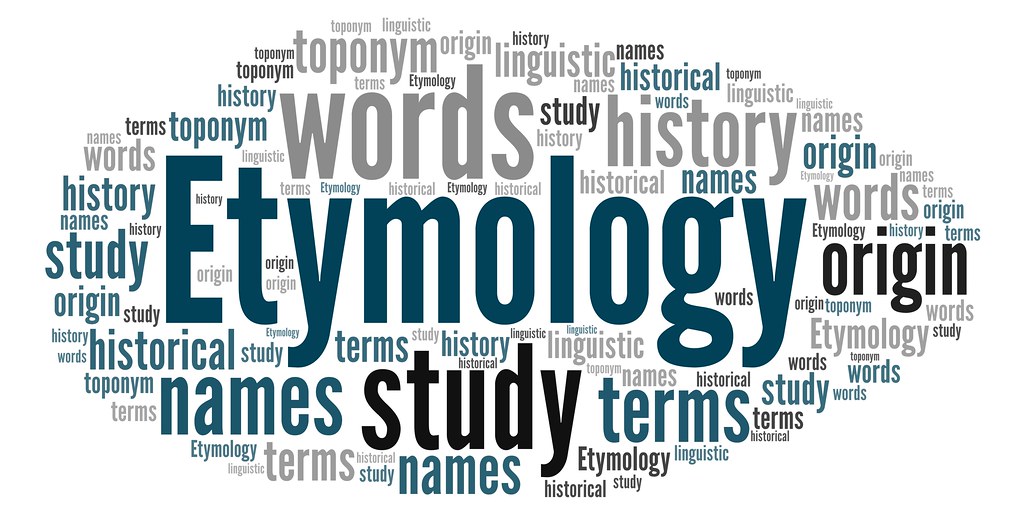 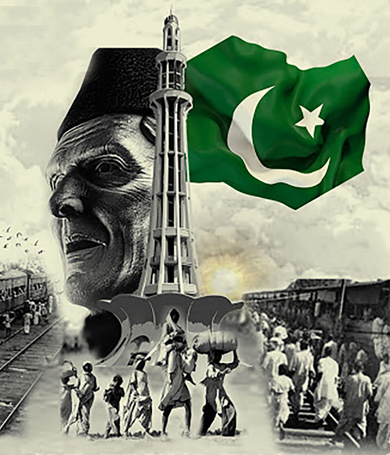 Some of the earliest ancient human civilisations in South Asia originated from areas encompassing present-day Pakistan. The earliest known inhabitants in the region were Soanian during the Lower Paleolithic, of whom stone tools have been found in the Soan Valley of Punjab. The Indus region, which covers most of present day Pakistan, was the site of several successive ancient cultures including the Neolithic Mehrgarh and the Bronze Age Indus Valley Civilisation (2,800–1,800 BCE) at Harappa and Mohenjo-Daro.

Standing Buddha from Gandhara, Greco-Buddhist art, 1st–2nd century AD. The Vedic period (1500–500 BCE) was characterised by an Indo-Aryan culture; during this period the Vedas, the oldest scriptures associated with Hinduism, were composed, and this culture later became well established in the region. Multan was an important Hindu pilgrimage centre. The Vedic civilisation flourished in the ancient Gandharan city of Taksasila, now Taxila in the Punjab, which was founded around 1000 BCE. Successive ancient empires and kingdoms ruled the region: the Persian Achaemenid Empire (around 519 BCE), Alexander the Great's empire in 326 BCE and the Maurya Empire, founded by Chandragupta Maurya and extended by Ashoka the Great, until 185 BCE. The Indo-Greek Kingdom founded by Demetrius of Bactria (180–165 BCE) included Gandhara and Punjab and reached its greatest extent under Menander (165–150 BCE), prospering the Greco-Buddhist culture in the region. Taxila had one of the earliest universities and centres of higher education in the world, which was established during the late Vedic period in 6th century BCE. The school consisted of several monasteries without large dormitories or lecture halls where the religious instruction was provided on an individualistic basis. The ancient university was documented by the invading forces of Alexander the Great and was also recorded by Chinese pilgrims in the 4th or 5th century CE.

At its zenith, the Rai Dynasty (489–632 CE) of Sindh ruled this region and the surrounding territories. The Pala Dynasty was the last Buddhist empire, which, under Dharmapala and Devapala, stretched across South Asia from what is now Bangladesh through Northern India to Pakistan.

The Arab conqueror Muhammad bin Qasim conquered Sindh in 711 CE. The Pakistan government's official chronology claims this as the time when the foundation of Pakistan was laid but the concept of Pakistan came in 19th century. The Early Medieval period (642–1219 CE) witnessed the spread of Islam in the region. During this period, Sufi missionaries played a pivotal role in converting a majority of the regional Buddhist and Hindu population to Islam. These developments set the stage for the rule of several successive Muslim empires in the region, including the Ghaznavid Empire (975–1187 CE), the Ghorid Kingdom, and the Delhi Sultanate (1206–1526 CE). The Lodi dynasty, the last of the Delhi Sultanate, was replaced by the Mughal Empire (1526–1857 CE).

The Mughals introduced Persian literature and high culture, establishing the roots of Indo-Persian culture in the region. From the region of modern-day Pakistan, key cities during the Mughal rule were Lahore and Thatta, both of which were chosen as the site of impressive Mughal buildings. In the early 16th century, the region remained under the Mughal Empire ruled by Muslim emperors. By the early 18th century, increasing European influence contributed to the slow disintegration of the Mughal Empire as the lines between commercial and political dominance became increasingly blurred. 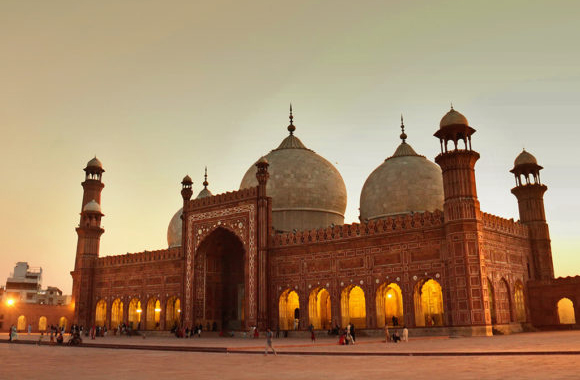 During this time, the English East India Company had established coastal outposts. Control over the seas, greater resources, technology, and British military protection led the Company to increasingly flex its military muscle, allowing the Company to gain control over the subcontinent by 1765 and sideline European competitors. Expanding access beyond Bengal and the subsequent increased strength and size of its army enabled it to annex or subdue most of region by the 1820s. Many historians see this as the start of the region's colonial period. By this time, with its economic power severely curtailed by the British parliament and itself effectively made an arm of British administration, the Company began more deliberately to enter non-economic arenas such as education, social reform, and culture. Such reforms included the enforcement of the English Education Act in 1835 and the introduction of the Indian Civil Service (ICS). Traditional madrasahs—primary institutions of higher learning for Muslims in the subcontinent—were no longer supported by the English Crown, and nearly all of the madrasahs lost their financial endowment.

The geography and climate of Pakistan are extremely diverse, and the country is home to a wide variety of wildlife. Pakistan covers an area of 881,913 km2 (340,509 sq mi), approximately equal to the combined land areas of France and the United Kingdom. It is the 33rd-largest nation by total area, although this ranking varies depending on how the disputed territory of Kashmir is counted. Pakistan has a 1,046 km (650 mi) coastline along the Arabian Sea and the Gulf of Oman in the south and land borders of 6,774 km (4,209 mi) in total: 2,430 km (1,510 mi) with Afghanistan, 523 km (325 mi) with China, 2,912 km (1,809 mi) with India and 909 km (565 mi) with Iran.[182] It shares a marine border with Oman, and is separated from Tajikistan by the cold, narrow Wakhan Corridor.[184] Pakistan occupies a geopolitically important location at the crossroads of South Asia, the Middle East, and Central Asia.

Geologically, Pakistan is located in the Indus–Tsangpo Suture Zone and overlaps the Indian tectonic plate in its Sindh and Punjab provinces; Balochistan and most of Khyber Pakhtunkhwa are within the Eurasian plate, mainly on the Iranian plateau. Gilgit–Baltistan and Azad Kashmir lie along the edge of the Indian plate and hence are prone to violent earthquakes. This region has the highest rates of seismicity and the largest earthquakes in the Himalaya region. Ranging from the coastal areas of the south to the glaciated mountains of the north, Pakistan's landscapes vary from plains to deserts, forests, hills, and plateaus.

Pakistan is divided into three major geographic areas: the northern highlands, the Indus River plain, and the Balochistan Plateau. The northern highlands contain the Karakoram, Hindu Kush, and Pamir mountain ranges (see mountains of Pakistan), which contain some of the world's highest peaks, including five of the fourteen eight-thousanders (mountain peaks over 8,000 metres or 26,250 feet), which attract adventurers and mountaineers from all over the world, notably K2 (8,611 m or 28,251 ft) and Nanga Parbat (8,126 m or 26,660 ft). The Balochistan Plateau lies in the west and the Thar Desert in the east. The 1,609 km (1,000 mi) Indus River and its tributaries flow through the country from the Kashmir region to the Arabian Sea. There is an expanse of alluvial plains along it in the Punjab and Sindh.

The climate varies from tropical to temperate, with arid conditions in the coastal south. There is a monsoon season with frequent flooding due to heavy rainfall, and a dry season with significantly less rainfall or none at all. There are four distinct seasons in Pakistan: a cool, dry winter from December through February; a hot, dry spring from March through May; the summer rainy season, or southwest monsoon period, from June through September; and the retreating monsoon period of October and November. Rainfall varies greatly from year to year, and patterns of alternate flooding and drought are common. 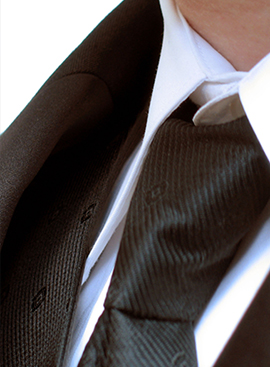